The Library received numerous postive comments from readers about how much they had enjoyed the blind date with a book and the idea for the next display planned to maintain the popularity of this idea.

One reader stated “I have started reading it and I am half way through reading it already. It has proved to me that sometimes you should not take a book at face value and delve in to a couple of pages before you make a decision whether it is your type of book.”

The “don’t judge a book by its cover” display took the idea of readers being willing to take a leap of faith in what they were borrowing.

Instead of totally covering the book we used a wrap which featured the opening line of text from the book as a teaser.

We crated a number of flamboyant and colourful teamplate designs to use as a wrap around the books and then these were personalised for each title we chose at random to include.

The self-service kiosks the readers use to borrow items from the College Library would give an indication of the item title and hopefully this would build the anticipation of what they had ended up with rather than disappoint. 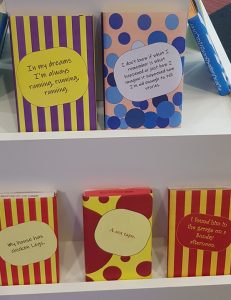 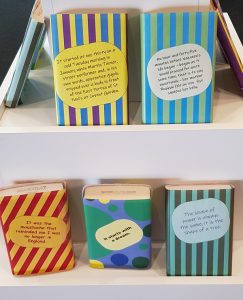 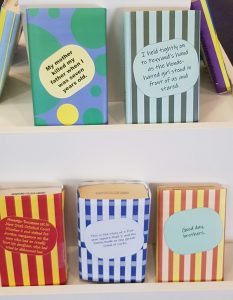 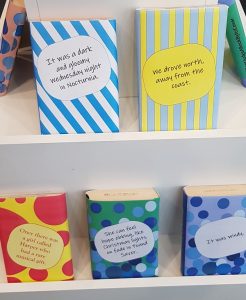